Are Solo ads right for your business?

You want to build your email list fast or get the word out about next week’s product launch some marketers swear by solo ads and while solo ads can work, they’re not for every business and they can be a risky investment.

Keep Reading to see if they’re right for you what’s a solo ad anyone who’s been in affiliate marketing for a while will have heard of solo ads.

But if that’s not your business, here’s the skinny on solo ads are email-based advertisements.

You buy from other email list owners they’re typically sent as dedicated emails.

So the entire message is about your promotion.

If all goes well, those subscribers will click and those clicks will convert well in the end, you’ll end up with solo ad conversions that cost less than any other type of advertising, but this is far from perfect solo ads, in all honesty, have a hazy reputation.

Many companies don’t touch them, they typically work best for affiliates and information marketers.

That said, there is also a lot of marketers who say they owe their business to solo ads.

That solo ads were how they got their start. So it’s worth your time to at least know how they work, who solo ads work, the best for marketers who have a bit of a budget got a couple of hundred dollars.

That’s enough to do some basic testing with solo ads, If you’re, in a niche where pay-per-click prices are through the roof, in this case, your cost per click from solo ads may be so much less than what you’d get on AdWords or bing.

That solo ads are worth a test if you’re in a niche. That’s completely oversaturated with content like affiliate marketing or weight loss, if you’re in a niche with intense competition from search engine traffic, if you’re about to launch a product or if you need traffic sent to a page quickly, you’ve got no time to write guest posts.

Build an audience or do anything that takes more than a few days to see results.

A big fat warning solo ads are typically offered by one guy or one gal seller, in other words, you’re dealing with a list owner directly. Because of this, there are some risks involved, there are even more risks involved because some solo ad lists were built with less than ideal methods.

In a best-case scenario, the list might have been built by converting traffic from a website. That’s in your niche, or maybe the list owner, bought advertising and converted it with a squeeze page, but it’s also possible that the email addresses on the list you’re about to use were acquired by scraping software.

That’s a program that goes from website to website gathering any email addresses it comes across, as you can guess, those email addresses tend to converge poorly. It’S likely the list you mail to will be somewhere between those two polls of good and awful, but consider yourself warned there are few shady people in the world of solo ads.

Fortunately, there are ways to tell if you’re dealing with a good list owner and a good list if it sounds too good to be true, it probably is avoid people who make big promises, use forum, friends and any online resource.

Do a couple of careful searches from the list. Owner’s name and website check out their social media accounts check forums to see if anyone complained about them start small do not drop a thousand dollars on a list.

The first time out starts smaller, preferably as small as a list owner will. Let you expect to less three to five lists in a limited way before you move ahead to a bigger investment.

Not every testimonial, you read online is true, sad to say, but some sites are still posting fake, testimonials, don’t think everything’s fine. Just because you read 10 to 20 glowing reports on somebody’s site.

Ask the owner how their list was built. Of course, they might not tell you the truth, but at least you’ve asked and hopefully, you’ll get a realistic answer back like i built this list by buying Facebook ads and sending them to a squeeze page.

If that’s the answer, you get to consider asking to see the squeeze page, try to hit the sweet spot between asking enough questions to be confident and asking so many questions that it becomes obvious.

You think they are a scammer ask them how often they mail to that list.

They may say every day: that’s not a total red flag, as some lists are used to be mailed to that often. But if i was buying a solo ad, i’d want to hear that they mail to that list, no more than two to three times a week.

Ask them, which type of offers do well with their list.

Is this a list that’s great for capturing email addresses, but not so great for high ticket items?

Is it a list that likes free trials or free ebooks? Do they tend to like video, tutorials or text autoresponders? If you have the time and the will to do it, consider crafting the email message you send so that it appeals to what this list responds to ask them how they process hard bounces.

Well-Managed email lists remove subscribers after one hard bounce. Some will stretch that to two hard bounces

Some of the friendlier list owners might point you to a landing page that recent buyers have used and say this converted at eight per cent.

They might even show you the email, creative that was sent to their list. The more information you can get, the better just don’t go crazy, trying to copy their email or the landing page where to find solo ad lists. There are quite a lot of sites that will sell you access to their lists, even if you’re, in the same niche say weight loss, the people you’re targeting and who’s actually on the list may not match. In other words, it is entirely possible.

Two competent marketers could mail to the same list and get wildly different results.

I do recommend you check some of the larger forums in your niche post, a thread and ask if anyone has had success with solo ads and who they have used if you’re in affiliate marketing the warrior forum is an ideal choice.

Many participants there do sell solo ads and some people have had good results with them and because good forums are communities. If someone is scanning people with a terrible list, You’ll know from the forum threads and of course, you can just google solo ads and you’ll get a slew of companies offering to sell you one.

A few of them may be good. just follow the suggestions and start small.

As with any business investment, don’t spend money, you can’t afford to lose advertising is always a risk.

There are no refunds, please don’t drop a bunch of cash just because you’re feeling impatient there are another slower, yes, but other ways to get traffic, build an audience and eventually start making sales see the comments or the description for the solo ad vendor. I recommend 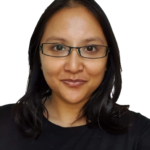 Connect with me on Social media

This site uses Akismet to reduce spam. Learn how your comment data is processed.